Price for the Majority 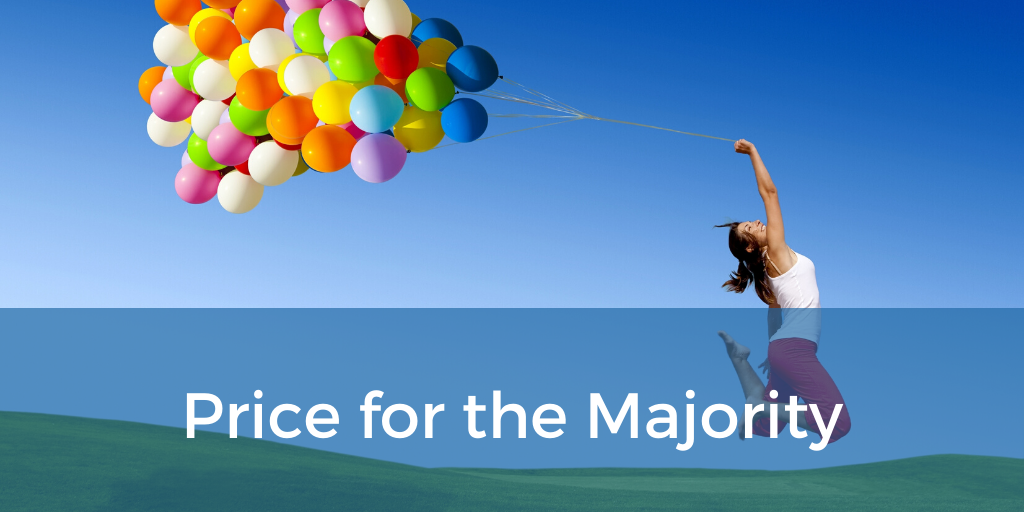 When you price your service you want to put them at the point where the majority of your buyers are able to afford them, thus selling to more people.  This makes absolute common sense.

It's also a huge mistake that so many bookkeepers around the country are making day after day.

When I talk about my idea of a minimum of £35 per hour price point, I'm often met with the reply "That's fine for other places, but clients here won't pay that much"

When you think about it rationally, it's nonsense.  It's not where you live that drives what you're willing to pay, it's the value you place on the product or service.

BMW would sell far more X5's if they priced them in a Ford Focus range.  But they know this is a huge mistake.

Let's look at this in numbers.

Imagine you have three potential clients all looking for similar work.  The first is prepared to pay £40 per month for this, the second £60 per month, and the third £120 month.

Many bookkeepers will pitch their prices to attract as many people as possible.  They will go in at £40 to get the three clients.  Three lots of bookkeeping earning them £120 a month.

However, what if they ignore the first two and go in at £120 per month.  They'll still get one client.  That's a third of the work, for the same return.

What's more, the people who are willing to pay more generally see more value in what you do for them.  They tend to be a pleasure to work with and will take the time to get you everything you need to do your job.

You can focus more on this client, providing a better quality of service.  You can spend time building a stronger relationship and understanding where you can upsell and cross sell rather than running yourself ragged trying to please everyone.

How many people like themselves will that £120 a month client know?  How many similar people can they refer to you?

Stop trying to be a mass market provider.   Understand that, wherever you happen to be on these islands, there are enough people willing to pay a high enough rate that you can have a good turnover without selling yourself for £15 or £20.